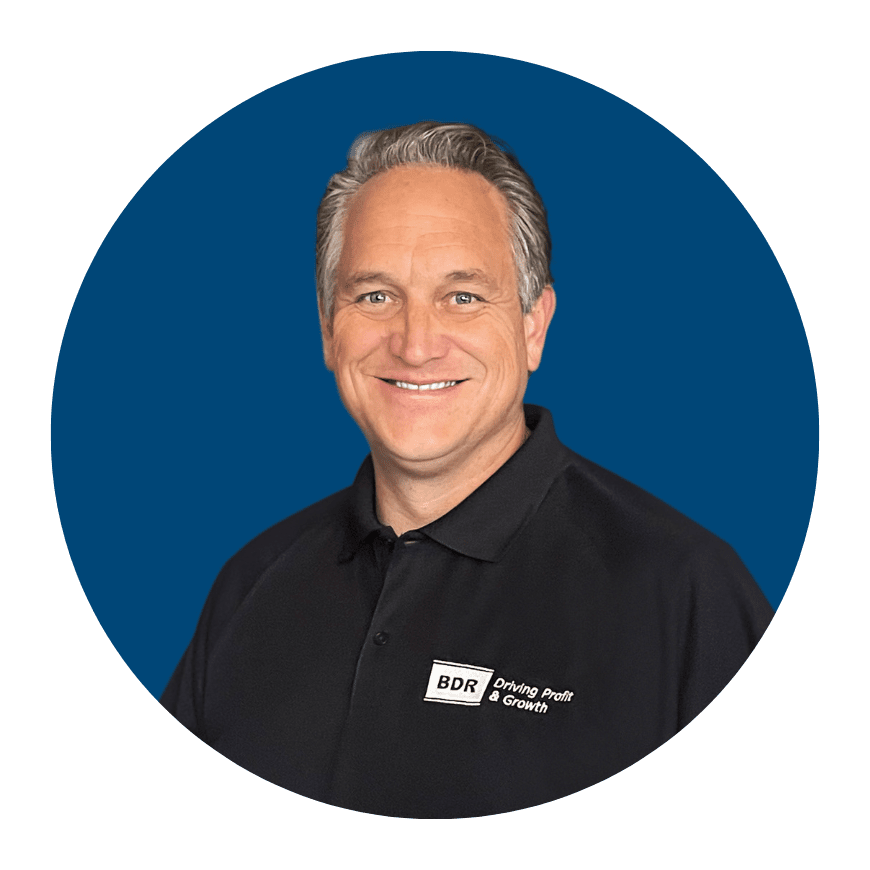 Chris Koch brings over 25 years of HVAC industry experience to BDR’s business coaching clientele. While Chris has focused primarily on the commercial service arena, he has a significant amount of residential HVAC and plumbing experience, including “mixed-use buildings” that blend commercial and residential markets. He started at the ground floor – literally – and worked his way up the ladder to VP of Service, earning a business degree along the way. The experience he gained across a spectrum of operational-level service, installation, and sales roles was the springboard for his success across a spectrum of management roles. He has executed a start-up as a business owner and gained invaluable work experience at five different companies, the largest of which is a $60 million division of a national HVAC & Plumbing company. He has completed two acquisitions, assimilated cultures, executed financial turnarounds, and developed divisions into significant profit centers. In his last role as Vice President of Service, he had P&L responsibility for $9.5 million in revenue and a staff of 39 for a commercial and residential HVAC and Plumbing Company.

Following a four-year career and honorable discharge as a Marine Corps Corporal, Chris started in the HVAC industry in 1990. He started sweeping floors on commercial construction job sites. Focusing on Service, he spent his first 11 years working in several operations roles, including Service Technician; Dispatcher and scheduler; plus, several Sales Representative roles spanning new construction, retrofit, service maintenance agreements, and automation controls. Chris excelled regardless of the department or role, was promoted into management, and groomed across several roles over the next six and a half years: Sales, Marketing, Service, Branch and General Manager. It is important to note that while working full-time and raising a family, Chris was going to college at Regis University, and graduated “Cum Laude” in 2005.

From 2005 to 2015, he was Vice President of Service for HVAC and plumbing with full P&L responsibility for one branch location doing $2.5 million in sales. He grew this into a two-branch commercial and residential HVAC and plumbing service business with 39 employees generating $9.5 million in sales. In this role, Chris initiated two acquisitions, successfully assimilating two businesses into branch operations, and executing significant financial, operational, procedural, and cultural improvements by 2008. Along the way, he developed his management, sales, and service teams while improving profit margins. Chris grew Service revenue by 280% and increased net profit from breakeven to greater than 15%.

Having worked for five different companies and starting a company from scratch as a business owner, Chris gained rich, diverse exposure to many, many ways of doing business – both good and not so good – that is the foundation for his knowledge and expertise. There were many roles beyond those listed here and the benefit for BDR coaching clients is the breadth and depth of his experience across the management and operational levels spanning virtually all functional areas for companies ranging in size from start-up to $60 million in sales. Chris is a “team-building leader”. He possesses the type of hands-on, in-the-trenches experience that BDR coaching clients have come to expect.