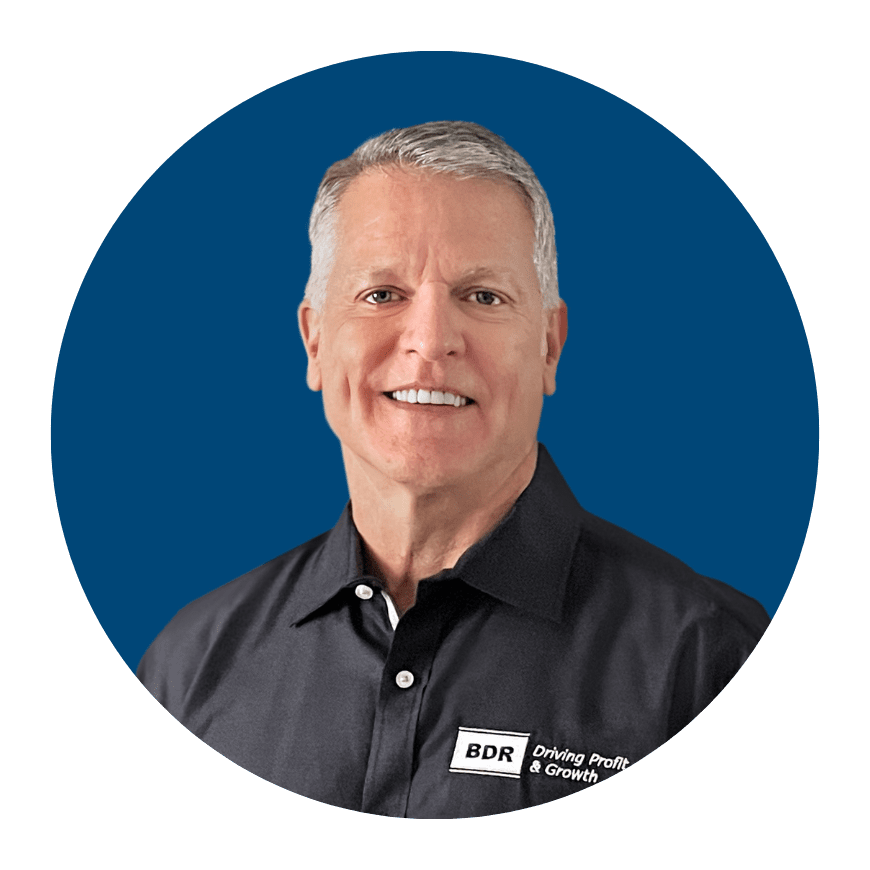 Jim Corcoran has been in the HVAC industry for over 40 years since he began working in his family’s HVAC dealership. After working in a family business, Jim understood the beginning struggles and the significant peaks and valleys that most companies go through at one time or another. His HVAC knowledge covers all aspects of the industry, including installation, engineering, rehab, retrofit, residential, commercial, and industrial applications.

In 2000, Jim joined Mid-way Supply as a Trane Dealer Development Specialist (DDS). His responsibilities as a DDS included coaching, training, and developing his dealers in all aspects of their businesses. He has also worked with nationally-known homebuilders to create builder upgrade programs and train their sales professionals. Jim’s customers included companies ranging in revenue from $1 million to more than $35 million.

While at Mid-way Supply, Jim worked closely with BDR, attending over twenty classes. As a result of what he learned, Jim created record growth in his territory, with most dealers recording double-digit nets. Starting in the fourth quarter of 2000, Jim grew his new territory by 50% by year-end. His territory growth continued in succeeding years: