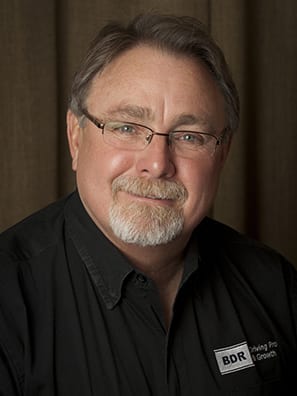 Dave McDuffee brings over thirty-two years of business management and ownership experience to the Profit Coach program. Dave has a proven track record of success at positioning his companies for growth and prosperity in difficult market environments.

Like many of our clients, Dave got his start in the family HVAC business. Starting on the ground floor as an installer and an appliance service technician, Dave learned first hand how an HVAC business runs. At the age of twenty, Dave struck out on his own by going into the motorcycle industry where he worked up the chain of command from Mechanic to Salesperson to Sales Manager, and then finally to General Manager over a five-year period.

In 1977, Dave again struck out on his own, this time as an independent business owner, buying a motorcycle business with annual sales of $250,000. Dave grew his new business to $1 million in revenues in five years, representing a compounded growth rate of 32% per year. This growth occurred during the worst (highest) interest rate environment the United States has ever endured; large numbers of independent business owners were going out of business. With 20% gross profit margins and 18% loan rates, Dave was insightful and adept at maximizing labor productivity and controlling business expenses. Upon the sale of his business in 1982, Dave became a General Manager in another motorcycle business where he tripled sales volume and doubled gross profits over a two-year span.

In 1987, Dave’s path took him full circle, and he rejoined his family’s HVAC business, which focused on residential and light commercial retrofit and service. Working for his father, but gradually taking on more control, Dave often installed by day and sold by night. From 1996, the year that Dave assumed full control of the business with his brother, he grew the business from $400,000 in revenues to $1.9 million in 2004. This represents a compounded growth rate of 22% per year.

Dave has coached companies with revenues of $500,000 to $4,000,000 and has been an integral part of their growth and profitability. He has a unique ability to drill down into the details and show owners and managers the hiddden opportunity in the business and provide the guidance to achieve the teams goals.